Done with the Enchanted Galaxy Series!

I just uploaded the final book in the series to Smashwords.  I have never tried to release a book early when it’s been in pre-order, but I’m going to try it with this one.  So sometime in the middle of October, I’ll try to get these three books out.  In case I can’t get the books out before November 20, 21, and 22 (the current release dates), I’ll hold off on announcing they are available.  Remember, this a romantic fantasy series, not full-fledged romances.  I’m not sure if that’s everyone’s cup of tea, so I wanted to make that clear.  The last thing I want to do is mislead anyone. 🙂

A Groom’s Promise will be released on December 20! 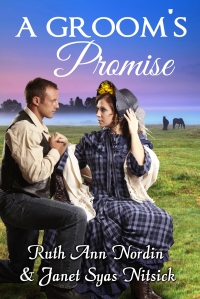 This book follows Bride by Arrangement.

It’s finished and with the editor as we speak.  My publisher is in the process of getting it up on pre-order.  At the moment, it’s only on Amazon, but it should be going up on other sites soon.

Janet and I made a book launch page to go with it.  So if you want to see what the characters are saying, more information on what the two stories in this book are about, and/or a picture of me and Janet together, that will be over there.

Wagon Trail Bride’s First Draft will be done by October 10! 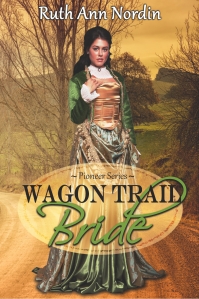 This puts me right on schedule for the book’s upcoming release on January 3.  I have to get the book edited before it’s ready for publication.  Richard Larson’s story has turned out way better than I hoped.  It took me three years to finally get this one right.  I had started it several times, and none of those “took”, so I had to go back and restart the entire thing from scratch.

Today I got to chapter 22.  Now, it’s a matter of giving him his happy ending.

I have created a book launch page to give an overview of the book.   I linked it to where it’s currently on pre-order (which is only iBooks at this time).  I’m still waiting for my publisher to get it up on other sites.  But, what is really fun about the page are the characters’ thoughts about the book.  I really enjoy bringing in characters.  That is my favorite part in doing those book launch pages.

I’m over halfway through His Wicked Lady! 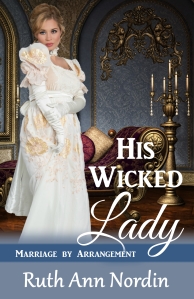 If you’ll recall, Malcolm Jasper (the hero in this book) was Melissa Jasper’s brother in Ruined by the Earl.  Anyway, in this book, he gets to have his romance, and as luck would have it, he and Logan (aka Lord Toplyn who is also Melissa’s husband) still don’t get along.  This makes the perfect set up for this book because Logan and Regan (the heroine in His Wicked Lady) do get along.  Logan is even giving her advice on how to get Malcolm to think of her in more favorable terms.  Because…Malcolm wasn’t all that happy to learn he was matched up with her for the marriage.

For fun, I made a post the other day on my author blog where I give a sample scene showing how Malcolm and Logan are taking jabs at each other.

But to be fair to the heroine of this book, Regan did try to let Malcolm know she was the one who was to marry him.  I made a post about that, too.  So really, Malcolm only has himself to blame.

If you want to see the book launch page for this book (along with pre-order links, character endorsements/or non-endorsements), here’s the link.

I think I’ll stop there since I just dumped a lot of information in this post.  I’ll have more to share next month. 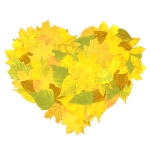 I hope everyone has a great October!