Hi everyone!  I have some exciting stuff happening this month.  😀

First, I will have Her Counterfeit Husband out around the middle of this month.

Second, Bound by Honor, Bound by Love  should be out at the end of the month or early September.

I plan to finish the first draft in the next couple of days.  (It’s July 31 as I’m writing this.) 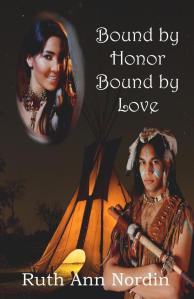 Other works in progress

Ethan Silverton, the Lord of Edon, has been called many things.  Scoundrel, rake, reprobate, unbelievably lucky, deceitful… But he’s never been called a husband…until now.

Ethan is very content with his life.  He’s carefully sculpted it so that everyone thinks he’s a notorious rake.  For years, he’s worked hard to build his reputation to secure his place as the most undesirable bachelor in London.  And it’s worked.  No decent lady will have him.

But one simple error in judgment has just sealed his fate.  His intention was to dissuade a horrid mother from matching him up with her equally horrid daughter.  Seeing no one but Lady Catherine without a dance partner, he tells a lie. He approaches Lady Catherine as if they are betrothed, and the ploy works.  The horrid mother and her daughter abandon their pursuit of him.

Except Ethan’s mother spies his ploy and is so relieved that she’s found a way to marry him to a reputable young lady that she tells everyone of their engagement.  To his horror, word spreads and it’s his duty to see the lie through.  This is the worst thing that can happen, and no one but his mother is happy about it.  Not Lady Catherine.  Not her doting father.  Not even Ethan.  But his mother is sure it’ll all work out…eventually.

Once September comes, I figure I’ll be back to working on three books.  A Most Unsuitable Husband will be one of them, but I usually work on three books at one time, so I’m debating which other two I’ll put up.  I know I have Mitch’s Win in queue, but it’s been so long since I touched it that I’m no longer in the mood to write it.  So I’ll remove it from my works-in-progress list and decide which characters are urging me to write their stories as the month progresses.  😀

Hope everyone has a great August!