I’m sorry this is getting out late.  It’s been a hectic beginning of the month.  I have a lot coming up this upcoming year, though, so there’s a lot of good stuff coming up. 🙂

The Bargain Mail Order Bride will be out January 7! 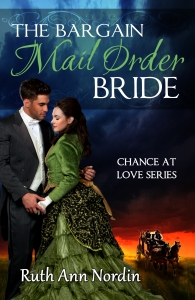 For those who read The Convenient Mail Order Bride, The Mistaken Mail Order Bride, and The Accidental Mail Order Bride, we are finally going to get to Carl Richie’s story in this one!  Carl and Abe Thomas (the two half-brothers who’ve been at odds with each other during the series) do finally make amends in this story.  That was one of my goals in this book.

I don’t have this on Amazon yet for pre-order.  I expect to get it up there early next week.

This is the last book in the Chance At Love Series.   I’m going to miss this group of characters, but the series is complete and it’s time to move on.

Groom For Hire is Almost Done 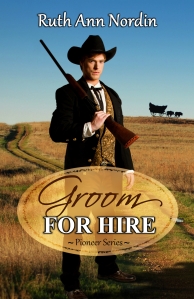 I’m not sure how much longer I have before this is finished, but I’m nearing the end.  Joe Otto, the man who was in love with Amanda Larson in Wagon Trail Bride, finally finds his happy ending in this book!

I’m estimating this book to be out in February.  No date has been set yet.  It really depends on when the characters feel like their story is complete.

Pioneer Series Will Extend to Book 4

I thought Groom For Hire was going to be the last book in the series, but I came across a character in this particular book who has me intrigued.  So I’m going to work on his book when I finish with this one.  I have no release date estimated for it, and I’m going to take it slow for the time being.  But I already have a title, and that is Forced Into Marriage.  Will more books come after that?  I don’t know.  I’ll have to keep writing and see.

I’m in Chapter Six of The Rake’s Vow 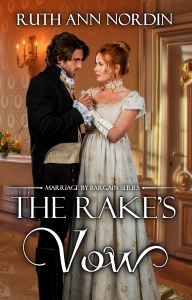 For those of you who read The Viscount’s Runaway Bride, this is Loretta Bachman’s book.  Loretta convinces a reformed rake who has vowed to never sleep with another lady to marry him and pretend he’s deeply in love with her in order to impress the prestigious members of the Ton.  I’m looking forward to working with this plot line.  I’ve always wanted to do a book where the couple pretends to be in love but really aren’t, so this will be fun.

I’m planning to have this out May 6 or sooner.

I’m in Chapter Five of The Reclusive Earl 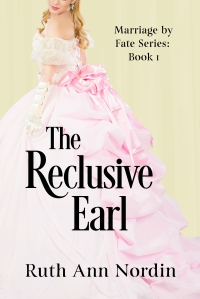 Remember Opal from The Earl’s Wallflower Bride?  Opal was Lord Steinbeck’s sister.  She was the one who pretended to be insane in order to protect herself.  So this is her story.  I’m pairing her up with a gentleman who is a recluse because he is the laughingstock of London.  I look forward to seeing how things develop as the story progresses.

This is estimated to come out in April.

I hope everyone is having a great December!