I finally wrote down and created a plan for 2019 on what I want to publish and when. I’ve decided that my plan will be to put out a book every other month (with the exception of one book which is going with a publisher). In total, I should have seven books in the upcoming year.

I’ll discuss what’s coming up for the first half of 2019.

1. One Enchanted Evening is due out January 6!

I already have One Enchanted Evening up and ready to pre-order on all retailers. This is loosely based off of the Cinderella fairytale. Marcy, a lady’s maid, has fallen in love with an earl, Lord Pruett. Lord Pruett is close to being bankrupt and needs to marry for money. Marcy knows he’s out of her reach. Not only is she a servant, but she has no money. As in Cinderella, she got her man, since this is a romance, you already know Marcy will be, too. But the fun part is always in finding out HOW the hero and heroine end up together.

You can pre-order this at these retailers:

2. The Imperfect Husband is due out in March 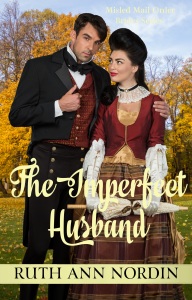 Click here to pre-order on B&N, Kobo, or Apple. (Will be on Amazon & Google Play soon)

This one turned into a really fun romantic comedy. It’s a historical western romance, and it is Annabelle Larson’s story. This is Book 4 in the Misled Mail Order Brides series, and at the end of Book 3 (The Perfect Wife), Ben thought he was rescuing Annabelle from a group of outlaws when he married her. But it turned out he was wrong.

However, he’s still married to Annabelle, and there’s no undoing that little fact. This book starts with Annabelle reluctantly going to live with him. He’s just as uncertain about living with her as she is about living with him. In fact, he’s so nervous that he keeps fumbling all over himself. He feels like a complete failure. A friend convinces him to disguise himself as a woman and join in the women’s social activities that Annabelle’s in so that he can get to know Annabelle without focusing on her in a romantic manner. Like I said, this is a comedy. So it’s a light and fun read.

3. Shane’s Deal will be out in April 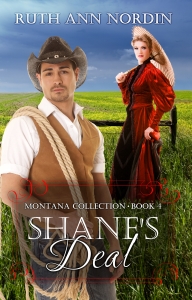 Finally, the final book in the Montana Collection is coming out, and this is the one that is going to the publisher. That’s why it comes out between March and May.

Here’s what it’s about:

When Marshal Shane Taft discovers Madeline’s true identity, he knows only a desperate woman would take such a big risk in traveling through the wild territory of Montana without a chaperone. That alone prompts him to protect her. Finding out she’s recently widowed and is carrying a child prompts him to propose marriage.

Madeline’s first husband left a lot to be desired. Besides thinking women had nothing worthwhile to contribute but an heir, he was cold toward her. She should say no Shane’s proposal. Nothing good can come from being under another man’s thumb. Except, she’s in no position to refuse the deal he’s offering, so she agrees to marry him…even if it’s with great reluctance.

4. Kidnapping the Viscount will be out in May

Click here to pre-order on B&N, Kobo, or Apple. (Will be on Amazon & Google Play soon)

This is going to be the final book in the Marriage by Fate Series.

This is a romantic comedy that’s been a delight to write. Those of you who’ve been with me for a while know that I love a variety in my writing. I love writing romances that produce a deep swell of emotions that make me (and hopefully others) cry at times and I love writing suspense where you wonder what’s going to happen next to the couple. I also love comedy. All of these types of romances make things richer because I’m not stuck in “one type” of romance all the time.

This has been one of those romances where I’ve been laughing most of the way through. There are some tender moments, too. This is about a hero who convinces the heroine to kidnap him. How? You’ll have to read the book to find out. (Yeah, I know. I’m a stinker for saying that, but if I told you how this all happens, then where would the fun be in reading the book?)

That’s what is coming up from January through May. The rest of the books are planned to come out in July, September, and November. I haven’t even started those yet, so I’ll hold off on talking about those.

Hope everyone has a great Christmas & New Year!