In case anyone forgot, The Reclusive Earl is now available 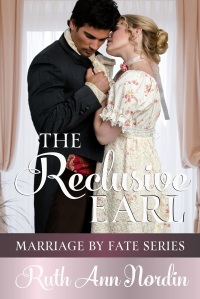 I didn’t do a special post when this book was released like I usually do.  I try not to clutter up this blog, so if a book is close enough to the first of the month, I will only include the information then.

Remember, this Book 1 in the Marriage by Fate Series.  I will start the next book (Married In Haste) in the series soon.

If anyone would like to get this and forgot it was out, here are the links where you can find it:

Taming The Viscountess will be out June 25

Here are the books in the Marriage by Bargain Series: 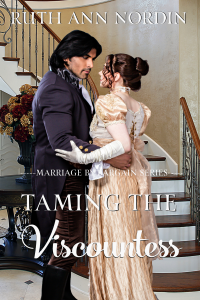 This is one of my favorites because it has a lot of great humor.  This is one of the few books where I did an alpha hero.  The heroine needed an alpha hero because she had such a strong personality.  I’ll be adding the pre-order link to this on Amazon in about a week.

I Finished Writing Forced Into Marriage

Here are the books in the Pioneer Series:

I’m happy to announce that I expect to have this book out in August!  I’m not sure when in August, though.  A lot of it depends on my editing team and their schedules.

This book will complete the Pioneer Series.  For those of you who enjoy historical western romances where the couple is on a trail heading west, that involves a Native American heroine, and that involves a baby, this book has all three.

If It Takes A Scandal is halfway done

As mentioned above under Taming The Viscountess, this is Book 4 in the Marriage by Bargain Series.  This is due out September or October, though since I’m almost halfway done, I’m hoping for September. 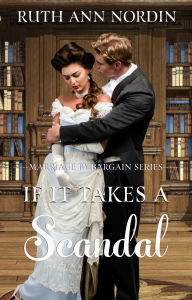 This is Corin’s book.  Corin was the want Celia had wanted to marry.  Celia ended up with Sebastian instead in book 3.  So I had to give Corin to someone else.  As it turns out, Corin ends up with a lady he thinks was trying to take advantage of him (sexually speaking).  He assumed the heroine was trying to get into his pants.  He was wrong.  She was shoved at him, and she was trying to get away from him.  But while she was doing that, her hands happened to land in a certain place on his body.  Hence his reason for misunderstanding the situation.  I actually think it’s funny because he’s such a prude.  (This is my sense of humor at work.)  But from there, neither one like each other, and they spend almost an entire year apart until some matchmakers force them to be at his estate for three months.  Anyway, they are now stuck together in the country, and I’m having a lot of fun with it.

The Bride Price is finally being written

This is book 1 in the Misled Mail Order Brides Series.  I have about two more books planned, but I don’t have titles for those yet.  This is planned for a November release.

After all this time of talking about Sep’s book, I am finally writing it.  (Sep was Joel Larson’s younger brother-in-law in Shotgun Groom.)  A lot of you have been waiting for this, and this is the year where he’ll finally get his happy ending.

I’m going to have to adjust the description because the characters have veered course off of what I had originally planned.  Instead of Sep bidding on her, he’s going to report the auction and rescue the three women from it.  The three women now need husbands.  Sep will take Angela (who is the heroine of this book).  There is the matter of a price that comes later in the story, but I need to tweak on the description before I’m ready to say more than this.

Here are the books in the Wyoming Series:

This is nothing like The Stagecoach Bride, which is what this is based on.  The characters have changed a lot, though a couple are pretty similar as they were in the other version.  Lillian is braver than before. Mic is softer than before.  Abby (Mic’s sister) is happy and fun.  Wade (Mic’s brother) is still brooding, but he’s quiet and polite.  Jeremiah (a family friend) doesn’t go around kissing girls, though he did used to be a preacher.

Mic and Lillian marry early on in the story, and I’m starting to think the attraction between them is instant unlike before.  I expect them to head for Charle’s ranch to rescue Wade’s son a lot sooner in the book, too.  We’ll see how things play out.  But A LOT of differences are coming in this one.

Alright, I’ll stop here.  There’s a lot of good stuff planned, and I’m looking forward to writing all of these books and more!  Have a great June, everyone!

Ruth Ann Nordin mainly writes historical western romances and Regencies. From time to time, she branches out to contemporaries romances and other genres (such as science fiction thrillers). For more information, please go to www.ruthannnordin.com or check out http://ruthannnordinauthorblog.wordpress.com.
View all posts by Ruth Ann Nordin →
This entry was posted in Uncategorized and tagged forced into marriage, if it takes a scandal, taming the viscountess, the bride price, the outlaw's bride, the reclusive earl. Bookmark the permalink.
%d bloggers like this: